Security in the City

Security Issues In Our Cities Is Nothing New

The first troops coming back home to Chicago from the war to end all wars in 1919 were confronted with a stark new reality. Their jobs in the railroads and stock yards had been filled by southern blacks, who had migrated north escaping Jim Crow laws in their home states, more than doubling the African-American population of the city. Systematic and racially motivated bombings had terrorized the black community for two years in Chicago, culminating in the death of six-year old Ernestine Ellis that summer, helping to spark the most violent race riot in the history of the country. That same week, a helium-filled craft of an experimental form of aviation crashed and burned, killing several people in the Illinois Bank building in downtown.

Mass migration, racism, domestic terrorism, veteran unemployment and volatile new technologies were all issues in the Mayoral elections of early twentieth century Chicago. William Hale Thompson, Jr., aka “Big Bill Thompson” was running for a second term as mayor of Second City, which he would eventually win despite strong media opposition. One hundred years later, these very same issues are at the top of the agenda for the Mayors of many U.S. cities as they meet for their annual gathering at the 85th United States Conference of Mayors (USCM); and while the issues themselves are not original, there is a matter of scale, which is unprecedented. In that span, the U.S. population has tripled and the number of people living in urban centers has skyrocketed. Any time you have a high concentration of people, problems are bound to arise and they are bound to be similar in nature, as well.

Money Talks Until It’s Under Water

A panel discussion on security issues facing our cities called “Collaborating to Secure America’s Cities: Innovations, Trends & Challenges”, was held on the third day of the conference, which is taking place at the Fontainebleau Hotel & Resort in Miami Beach, Florida. Panelists introduced the subject of public-private partnerships as a vital element in the success of security in urban centers, many of them lionizing JP Morgan’s multiple funding initiatives in the area of law enforcement and public safety.

Frances Townsend, former Assistant to President George W. Bush for Homeland Security and Counterterrorism, who was moderating the panel, urged audience members not to “underestimate what your business communities are willing to do and undertake, in terms of a long term financial commitment to be of assistance.” In a room full of public servants, overwhelmed by the fiscal demands of running a city, no one is going to turn down a single dollar. But, the idea that a behemoth financial institution like JP Morgan is becoming a presence in policing and security is, at once perfectly logical and, because they answer to shareholders, completely disturbing.

Another panelist, Karen Freeman-Wilson, current Mayor of Gary, Indiana and former Attorney General of the same state, recognizes that the security issues facing our cities are rooted elsewhere and require a different set of solutions. She draws a parallel between the violence that occurs every day on our streets and the slow evisceration of jobs and economic prosperity via plant closures, offshoring and even natural disasters: “It’s all about building trust among people… It’s extremely important that every sector of the city feels like they are being considered… When you talk about community engagement in New Orleans, the Ninth Ward has to be included in addition to the French Quarter and the downtown area, and when you send that message to citizens then they sit up proudly and they want to be involved… One of the requirements of leadership is that we think about everyone and very often at the same time.” Her point was immediately underscored by fellow panelist, General Raymond T. Odierno stating that “you cannot separate what you do in local policing and security infrastructure from your public policy, as well as your economic development programs, because they are all interrelated.”

The Mayor of New Orleans himself, Mitch Landrieu, was also on the panel. As Lieutenant Governor of Louisiana during Hurricane Katrina, Landrieu understands the realities of environmental disasters first hand. In 2010, just a month after the Gulf oil spill, he became Mayor of the Crescent City. His perspective is justifiably focused on the efficiency of response, bearing down on the notion that agencies at the federal, state and local level must work together as one unit in times of crisis. Using 9/11 and Katrina as examples of what shouldn’t happen, Mayor Landrieu explains that “the ability to see and to hear across different agencies has become paramount.” After citing improvements undertaken by the Department of Homeland Security in this regard, he warns that the Trump administration’s budget actually cuts funding for programs, like fusion centers, that are helping to solve this problem. “That is not a good idea”, he said.

Rounding out the panel was former Washington D.C. Police Chief, Charles H. Ramsey, who oversaw a 40% decline in crime rates during his tenure, which also happened to coincide with the attacks on the Twin Towers. In the discussion, he brought up the need to include private security firms in terms of collaboration between agencies, citing that these firms account for nearly 80% of security services in the United States. “Nobody calls 911 to say good morning. They call you because they got a problem…” he says before referring to the Pulse nightclub shooting in Orlando as a prime example of the need for more resources. Buddy Dyer, the Mayor of that city, acknowledged the panel from his table.

A Matter Of Priorities

The incident that finally sparked the Chicago race riot of 1919 happened one hot summer day, not unlike this day in sunny Miami Beach. Among the young, white thugs that wreaked havoc on the black neighborhoods of South Side was one Richard J. Daley, future Mayor of Chicago and one of the most powerful men in the country. He headed the USCM twice in a time when Mayors wielded a different kind of authority. Today, too much information is freely available for one man to have too much power. But, even now the job of Mayor requires a certain ability to react in tense situations. Ultimately, however, no amount of guns, swat teams, prisons or inter-agency coordination will create security in a world where we are burning through our resources like wild fire.

Perhaps the only item on the agenda in the 85th Annual Meeting of USCM that wasn’t an issue a century ago is the issue of climate change. Resource depletion or resource restriction is the ultimate cause of violence of man against man. This is the real threat from which all others emerge and until our leaders are able to legislate through this lens, our ability to contain threats to our security will continue to erode, even as the security apparatus grows and becomes more sophisticated.

Categories
Raul Diego
Founder & Editor of Deep City Chronicles, in pursuit of his passion as a writer, photojournalist and documentary filmmaker after too many years in the world of advertising and graphic design.
Follow Raul Diego on Twitter

Deep City Chronicles is a collective of independent journalists working autonomously to bring you the stories that enrich your world. Please consider making a one-time contribution or a recurring donation to this author's personal fund. 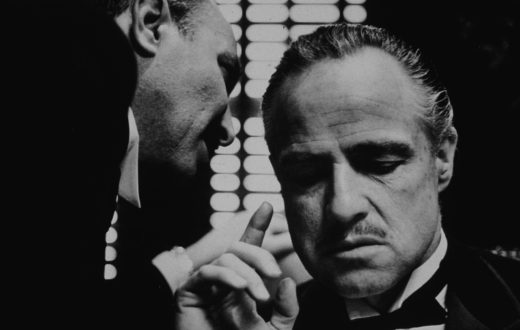 Covenant Ideology and the Cult of Guns in America - Part I

GHOST ON THE WATER