Spoiler Alert - This piece is only for those who have seen Roma. If you haven’t yet experienced Alfonso Cuarón’s latest and most acclaimed motion picture, I recommend you do so in a movie theater, before you consider watching it on television. I will not get into the Netflix distribution debate in this article. There are already more than enough takes about this issue.

The film is enigmatic. Cuarón achieves visually captivating moments throughout the two hours and change he prepared for us. From painstaking recreations of 1970’s Mexico City streets, to sweeping sequences and arresting cinematic frames, that we’re sure to continue seeing years from now. But, the choice to go monochrome creates an unnecessary distance between the story and the viewer.

Color is not incidental in a place like DF (Distrito Federal); it is part and parcel of everyday life. The color is still there in the film, but one has to have already seen it to recognize it.

The movie takes place in the neighborhood my mother grew up in. My aunt lives there, in the same two-bedroom apartment, to this day. “La Roma”, as it’s more popularly known, is a place I know as if I had grown up there myself, even if reality couldn’t be further from the truth. The only permanent abode I ever knew. A bastion of stability in the otherwise centrifuge of chaos that was my life.

Only those of us who are from there can see the pinks and the greens and the blues. We can see the multi-colored tiles of the opening shot. Beyond this, we can see the real stories being told through the lens of a semi-autobiographical work by a director who emerged out of that same, colorful, primordial Mexican sap.

Through his personal story we find the story of all Mexicans. What follows is an interpretation of these stories, from my own personal perspective and perched on a precipice at the edge of the universe.

La Colonia - The Allegory of the Still Birth

The correct translation of neighborhood in Spanish is “vecindario”, but in Mexico City, the term “colonia” is an official designation representing a specific area within the huge metropolis. The relationship is similar to that between counties and cities in America. Nevertheless, the word also carries the more familiar, political definition.

The colonial theme is inevitably present throughout Cuarón’s film, whether he intended it or not. Aparicio’s character, Cleo, is an indigenous servant in a criollo (European-descended people) household. Aparicio, herself, is a real-life actor in the ongoing colonial drama that Mexico continues to live. The state of Oaxaca, where she hails from, remains one of the country’s most indigenous regions.

Classism is rampant in Mexico. The rich and upper middle classes segregate themselves both physically and culturally from the rest. The media, especially, is guilty of projecting a completely false image to the viewing public. If you were to judge the Mexican population by the people cast in its television shows, you’d likely assume most of the country is blonde and blue-eyed. The pernicious influence of the “Telenovela” genre and other cultural Trojan horses have contributed to a widespread, and largely subconscious pathology of self-hatred in the mostly dark-complexioned Mexican population.

The oft-repeated, quasi-historical myth of “La Malinche” is the archetype Cleo embodies in the film. She is a bridge between the natives and the foreigners. It is the foreigners who comfort her when her offspring is born dead. And this is the first allegory of Roma:

She tells us, herself, that she did not want the child to be born. Her destiny is to clean Borras’ shit off the garage floor. Borras is the master’s dog’s name, which loosely translates from the Spanish to “Erase”. Her people will not go on.

Children of the New World - The Allegory of the Astronaut

The astronaut theme comes up several times throughout the movie in the context of youthful imagination.

In one example, he shows us two children playing astronaut. One wears a space-man costume with all the bells and whistles, “exploring” a swampy part of his extended family’s beautiful, sprawling property somewhere in the country. The other, wandering about in a dirt-poor area on the outskirts of Mexico City as if in zero gravity, wearing an improvised space helmet fashioned out of a bucket. Just before this, we see a man shoot out of a canon and land in a net - a scene, which followed a frame of the Hollywood classic “Space Cowboys”, in something of a homage to Kubrick’s famous montage in “A Space Odyssey”.

Underneath, these instances speak to a very particular form of classist indoctrination prevalent in Mexico City’s private schools, in particular. Social status signaling is cliche among school-age kids everywhere, but in Mexico this sort of peer pressure takes on a deeper meaning, encompassing the country’s unique relationship to its only neighbor to the north.

Clothing is often at the center of these contests of social acceptance. Wearing a national brand of shoes or jeans instantly relegates you to the bottom of the social ladder. American brand names, conversely, propel you to the top. ‘Hecho en México’ is only for “nacos” - a derogatory term for the dark-skinned lower classes.

I had a front-row seat during my elementary school years as both witness and participant of this grotesque dynamic. Attending one of the city’s top private schools alongside the children of rich foreigners or high-ranking politicians, we were the kids with links to the “otro lado”. We took shopping trips across the border and had family in the United States. We wore our American brand name clothes to school and compared our American school supplies. We had Trapper Keepers and collected Garbage Pail Kids. We listened to Duran Duran and The Thompson Twins. Belting out the words to “El Rey” and other classic, truly Mexican Rancheras was only done after a few Tequilas.

The allegory of the astronaut represents the negation of self through the pursuit of the unattainable. Cuarón reveals a subconscious reality, that afflicts the upper classes in Mexico. A profound racism rooted in self-loathing and false identification with a different culture.

Bastard Machos - The Allegory of the Dead-Beat Fathers

Visiting my great aunt’s house in La Roma was, at once, entertaining and terrifying. Her son, my second cousin, had an inclination for mechanics and a bit of a prankster streak, which expressed itself in fun ways, like a pulley system he’d made to open the front door of the house from upstairs and frighten anyone who came knocking. The real hair-raiser, however, was in a room on the second floor where a life-size sculpture of Jesus Christ stood in full catholic regalia on an altar surrounded by candles. The figure had been sculpted by my great grandfather after “supposedly” having a religious epiphany on the battlefield during the Mexican Revolution.

The skepticism came directly from the women in the family, who seemed to doubt the sincerity of the man’s spiritual awakening and, rather, believed it was a momentary lapse in an otherwise steady pattern of drunkenness and adultery.

Mexican “machismo” is a world-famous stereotype, which is often accompanied by images of large hats and long mustaches. But, there is a much more mundane face to the pervasive reality behind the caricature.

On my mother’s side of the family, men were hard to find. My own grandfather had two families, simultaneously. He would only “visit” my grandmother in her two-bedroom Roma apartment every weeknight after his pediatric practice. She would make him supper and they would watch the “novela” together. Once the soap opera was over, he would wash up in her tiny bathroom and leave to spend the night with his other family. He seemed completely content with this arrangement and never appeared to have a shred of self-consciousness about it. To me, it was completely normal. I never thought to question why he was just coming in the evenings for a short while and leaving. Only later did I find out what a pathetic man my mother’s father was. My grandmother’s humiliation had become a part of her personality, so I never noticed that, either.

The absent father figure would manifest itself down the generational line in different ways. And it certainly isn’t exclusive to my family.

In the film, the chain-smoking father who abandons his family provides the inciting incident from which the rest of the story unfolds. The huge car, that barely fits in the car port, symbolizes the inflated sense of the Mexican male ego, too unwieldy to be part of a balanced family unit. When he leaves them, it is in a Volkswagen Beatle. But, his estranged wife still has to drive around in the massive vehicle, battering it as she comes to terms with her emotions and, finally, beaching the enormous four-wheeled animal.

Cleo’s love interest embodies the unfortunate archetype of the Mexican macho, as well. But, he also represents the larger context of the conversation. He tells us his story. How “martial arts” saved him from a dissolute life; a metaphor about the Mexican military and the thousands of young, disenfranchised men who make up their ranks. This is apparent when Cuarón makes him one of the plain-clothed gunmen chasing the activists through the furniture store - a scene, which makes little sense unless we consider the totality of the character’s symbolism and the actual history of state repression during those years in Mexico.

The allegory of the dead-beat fathers is the story of Mexican maleness. It is the historically ambiguous relationship with power, that stems from a 500-year old identity crisis borne out of the still unresolved trauma of colonialism.

Art, once it is completed, renounces ownership. The artist has no more say about how his or her work is seen, absorbed or interpreted than anyone else. I do not ascribe any of the above to the director’s original intentions or ideas when making his film. It is simply what I saw, as I saw it.

Everybody on [Insert Social Media Platform] is a Journalist 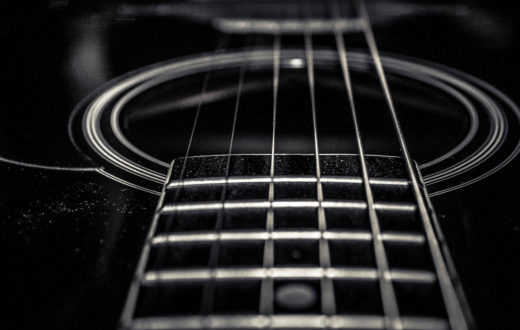